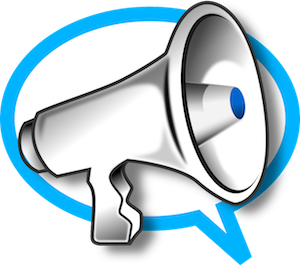 Part of CMC-Canada's national strategy is to assertively lobby the federal government to recognize the Certified Management Consultant (CMC) designation as a desired qualification in bidding on consulting opportunities. CMC-Canada provides its members with information on changes to legislation and other government initiatives as they occur. Also, CMC-Canada is frequently asked to provide feedback to Canadian government committees on issues related to both procurement of professional services, and the management consulting profession.

CMC-Canada is currently represented on the National Supplier Advisory Committee (SAC), the purpose of which is to bring about potential improvements to government procurement and develop a better understanding of supply and demand.

Representatives from Public Services and Procurement Canada (PSPC) are developing a new Vendor Performance Management (VPN) regime for evaluating the performance of vendors (including goods, services, services related to goods, and construction) in federal contracting. And CMC-Canada is looking for input from its members on the proposed new VPN regime. Please provide your feedback via our online form here – your input is greatly appreciated.

The proposed tax changes, announced in July 2017, would impose strict new regulations on tax measures that allow small business owners to invest in their business, save for retirement, and support their families. Professionals in nearly every sector, from agriculture to manufacturing to healthcare, could be hurt by these changes. As could management consultants.

CMC-Canada is a member of the Coalition for Small Business Tax Fairness – a unified voice of now more than 70 organizations across the country who oppose the federal government’s tax proposals that would dramatically change the way incorporated small businesses are taxed in Canada.

CMC-Canada's National Board and staff are actively engaged on your behalf to ensure that the government understands how this can impact our members and that the association's position regarding these proposed changes is clear.

The Coalition – on behalf of hundreds of thousands of its members – recently deployed two new letters that you can read below:

The Coalition for Small Business Tax Fairness, a unified voice of more than 70 organizations representing hundreds of thousands of business owners across the country (including CMC-Canada members), has written a new letter to Finance Minister Bill Morneau. The letter (along with supplementary examples - Appendix A and B) raises concerns about the recently announced changes to income splitting rules for families and upcoming changes to passive investment rules. Read the Letter (English / French) and the accompanying News Release (English / French).

The legislation on income sprinkling released by Finance Minister Bill Morneau this week, while a step towards clarity, still represents an administrative and financial burden for a number of small businesses and the families that own them. Read the latest news release from the Coalition for Small Business Tax Fairness, a unified voice of now almost 80 organizations, including CMC-Canada, representing hundreds of thousands of business owners across the country. Read the News Release.

Despite the federal government's partial adjustments to its small business tax changes, business groups are still troubled about the potential negative effects the revised proposals will have on small and medium sized firms. The concerns are spelled-out in a new letter to Finance Minister Bill Morneau by the Coalition for Small Business Tax Fairness, a unified voice of now almost 80 organizations, including CMC-Canada, representing hundreds of thousands of business owners across the country. Read the latest Letter and the accompanying News Release.

As part of our ongoing efforts in opposition of the federal government's tax proposals announced on July 18, 2017, CMC-Canada has submitted a detailed response on behalf of its members to Finance Minister Morneau. Read the submission here.

What can members do?

All members are encouraged to reach out to your MP to express your concerns directly. Click here for your MP's contact information. Particularly with the consultation deadline having now passed, this is the most critical step to help make sure your voice is heard!

For the latest on this issue, check out our Media Room.

The NAC has taken an active role in defining and driving its agenda to promote the CMC designation through a ‘position paper approach’ to advocacy. This approach involves creating clear and concise policy statements, with recommendations that are approved by the regional and national bodies. This then gives a powerful voice for Institutes to approach their target audiences with clear and consistent positions. The first two topics are: the Value of the CMC/Code of Ethics and Procurement Practices -- to be released in 2015.